Kephalos said:
One is purely defensive, and the other is definitely aggressive…One of their objectives – the aggressive objective – is to alienate the populations of the so-called uncommitted nations from the Western World at any cost. Communist Psychological Warfare (Thought Control). Testimony delivered before the House Committee on Un-American Activities (Second Session). April 7, 1958.
Click to expand...

US seems to be doing a good job about that on its own already by its posturing and track record. 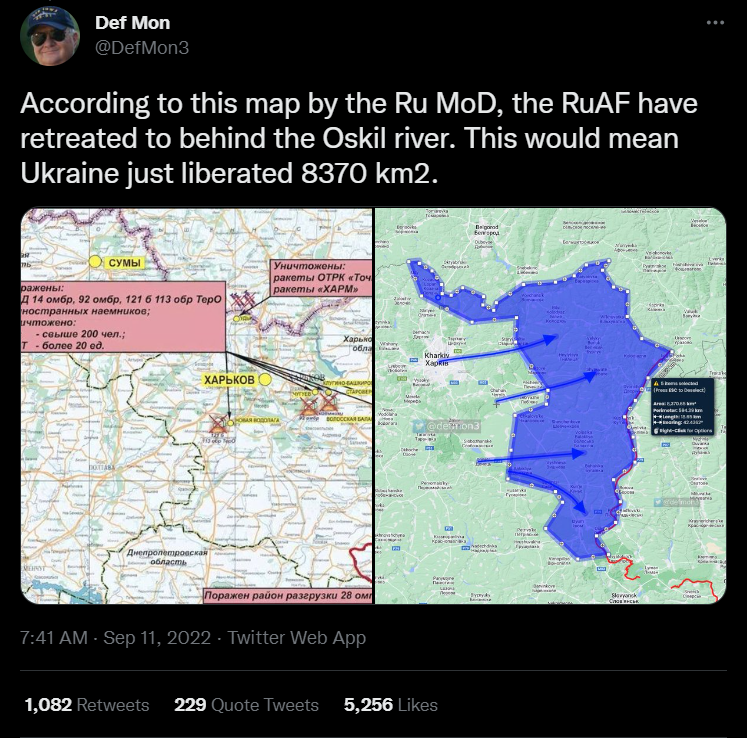 yeghor said:
US seems to be doing a good job about that on its own already by its posturing and track record.
Click to expand...

How Russian Propaganda Is Reaching Beyond English Speakers. Steven Lee Myers and Sheera Frenkel
Russian propaganda is spreading in Spanish and Arabic and in places outside the West. Steven Lee Myers and Sheera Frenkel
Russian propaganda in Italian media. Spokesman for Poland’s Minister-Special Services Coordinator
What Italian, German, and French Online Media Tell about Russia’s War against Ukraine, and the Impact of Russian Propaganda. Center for Strategic Communication.
Kremlin Propaganda in Europe and North America: how Russian narratives are reproduced in Western online media. Center for Strategic Communication.
Italy’s media is being roiled by rows over Russian propaganda. Silvia Sciorilli Borrelli.
Iran's Hardy Spanish Media Mole. Alberto M. Fernandez
Iranian digital influence efforts: Guerrilla broadcasting for the twenty-firntury. Emerson T. Brooking and Suzanne Kianpour
The Iranian Information Revolution: How Iran Utilizes Social Media and Internet Platforms to Incite, Recruit, and Create Negative Influence Campaigns. Denni Citrinowicz and Ari Ben-Am.
Propaganda, Narratives and Influence in Latin America: Iran, Hezbollah and Al-Tajammu. International Institute for Counter-Terrorism.
Hezbollah in Latin America: Implications for Homeland Security. Hearing Before the Subcommittee on Counterterrorism and Intelligence of the Committee on Homeland Security.
The War of All The People: The Nexus of Latin American Radicalism and Middle Eastern Terrorism. Jon B. Perdue.
Soleimani U: A new academic center in Caracas named after the Iranian mass murderer is the latest node in Tehran’s soft power network in Latin America. Emmanuele Ottolenghi.
Venezuela as an Exporter of 4th Generation Warfare Instability. Max. G. Manwaring

...There are two objectives. One is purely defensive, and the other is definitely aggressive. One of their objectives – the aggressive objective – is to alienate the populations of the so-called uncommitted nations from the Western World at any cost. The other objective which, perhaps, is even more important for the Kremlin, considering the internal situation within the Communist empire, is what I call the defensive objective...The Communist leaders understand only too well that the control of the body is not sufficient...By trying to win moral capital resulting from the acceptance of Communism by neutrals, or even from their willingness to collaborate with the Communists, the Kremlin leaders hope to be able to influence their own population in order to offset their rapidly falling prestige at home...Take the case of Egypt...the fact that Nasser doesn't like Communism is unknown in Russia, but that he is a friend of the Soviet leaders is obvious. Nasser's personal views on Communism are of little importance as long as he sides with the Communist bloc against the Free World. Nasser is a champion of the Arab independence movement and his friendly attitude to the Soviet Government influences other "anticolonial" elements in Asia. Thus the political advantages for the Soviets are tremendous.
But this is only the first stage. Tight cooperation with the Soviet Union gradually leads to a process of steady infiltration by all kinds of "progressive" elements, with the local Communist Party temporarily standing aloof. When the concentration of "progressive" elements has become sufficiently powerful, the second stage begins...If the people revolt against such an evolution of their government, then the Communist nations offer all their support to the "sovereign government", and upon destruction of the "Fascists", a pattern of red-blooded Communism regime emerges, which is the third and final stage.
Click to expand...

Western media outlets and social media platforms trying to censor or silence Russian media outlets as propaganda machines actually made me more willing to seek out and believe Russian news pieces and question the credibility of western ones.

The truth is probably a mix of the two somewhere in between cause both sides are releasing news that benefit their interests and keeping mum on news that don't. Media is overtly or covertly controlled on both sides.

Switzerland mulls jail sentences and fines for those who turn the heat up in their homes to more than 19C (66F), in preparation for the possibility that the country is forced to ration gas. By Peter McLaren-Kennedy • 07 September 2022

A spokesperson for the Federal Department of Finance, Markus Sporndli told news site Blick that if the country is forced to ration gas, it will have to take drastic action to ensure residents make the necessary savings. He said that if rationing is introduced, anyone who heats their homes above 19C (66F) could find themselves with a daily fine of CHF30 (€30.70) and jail for persistent offenders. Companies will also not go unpunished if they exceed their quota, with heating to be set at no higher than 19C (66F) and water at 60C (140F).

"It's really important to manage expectations in this conflict. Ukraine won the war politically. The second other countries were like 'Hey I wanna join NATO...' Russia lost. Putin lost. There's no way to come back from that....Militarily they may decided that they want to hold onto some dirt..."
"...Don't oversell this. Huge win at the operational level, but this doesnt mean the war's over. It doesnt mean that Putin is going to cave any day; Putin should have caved long ago. The soldiers there fighting are in the same situation soldiers have found themselves in since the beginning of time. Those on the ground, objective analysts, they know what the outcome is going to be, they know the political war is over. But those people they end up having to fight and continue to do their jobs until a bunch old old rich people who are in buildings that are printed on currency come to the realization. And sometimes this takes years...Don't oversell this. Its a huge win on the operational level but it doesnt mean the war is over. It certainly doesnt mean that the troops will be home by Christmas...and point of fact, I don't know a single time in which that prediction was made and it actually occurred that's not a prediction you're supposed to make that's an ironic statement that's normally said with sarcasm...Is it possible that this is the moment....sure, but we don't have anything to say that yet and managing expectations right now is incredibly important..."​ 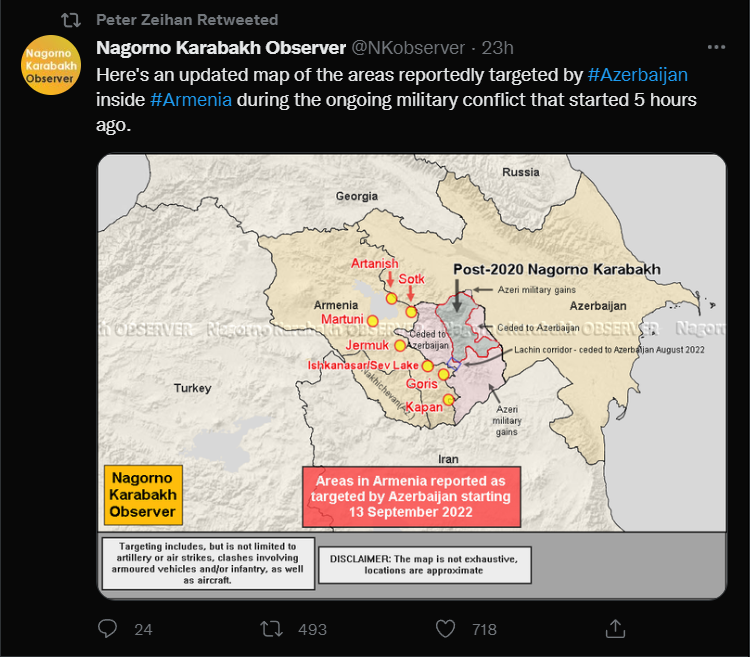 yeghor said:
Western media outlets and social media platforms trying to censor or silence Russian media outlets as propaganda machines actually made me more willing to seek out and believe Russian news pieces and question the credibility of western ones.

The truth is probably a mix of the two somewhere in between cause both sides are releasing news that benefit their interests and keeping mum on news that don't. Media is overtly or covertly controlled on both sides.
Click to expand... 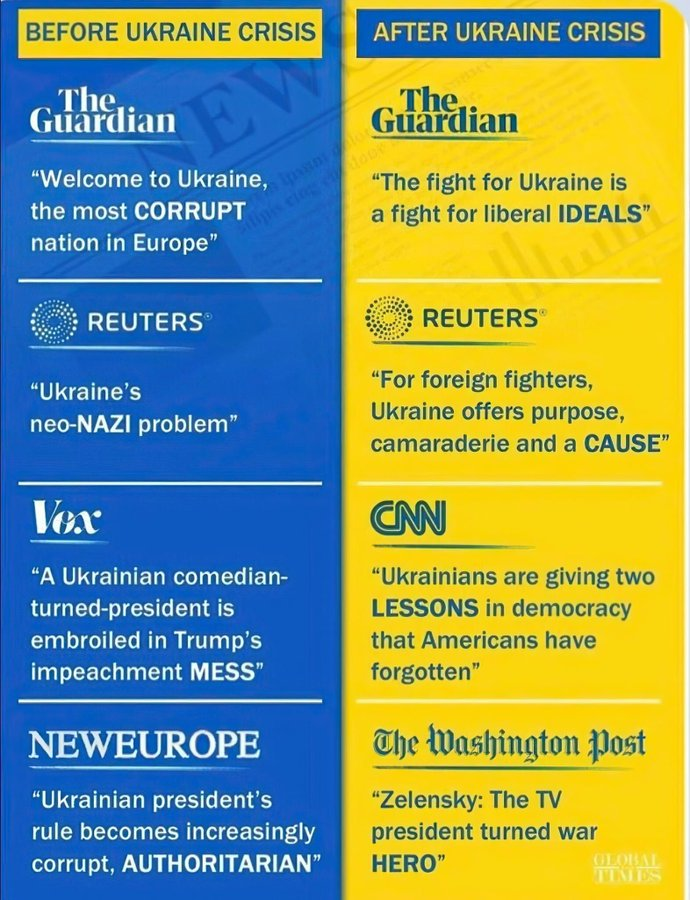 What is a SCIF? - SCIF Definition - SCIF Global Technologies

Sensitive Compartmented Information Facility (SCIF), a U.S. Department of Defense term for a secure room. It can be a secure room or...

The cracks are starting to show everywhere.... 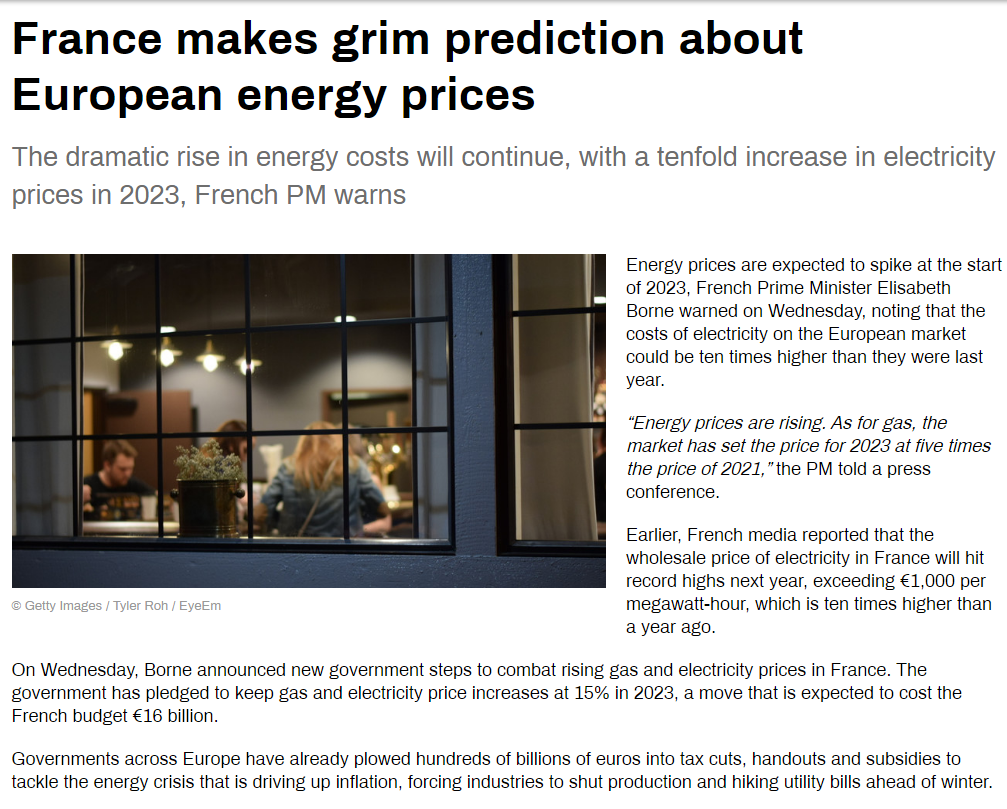 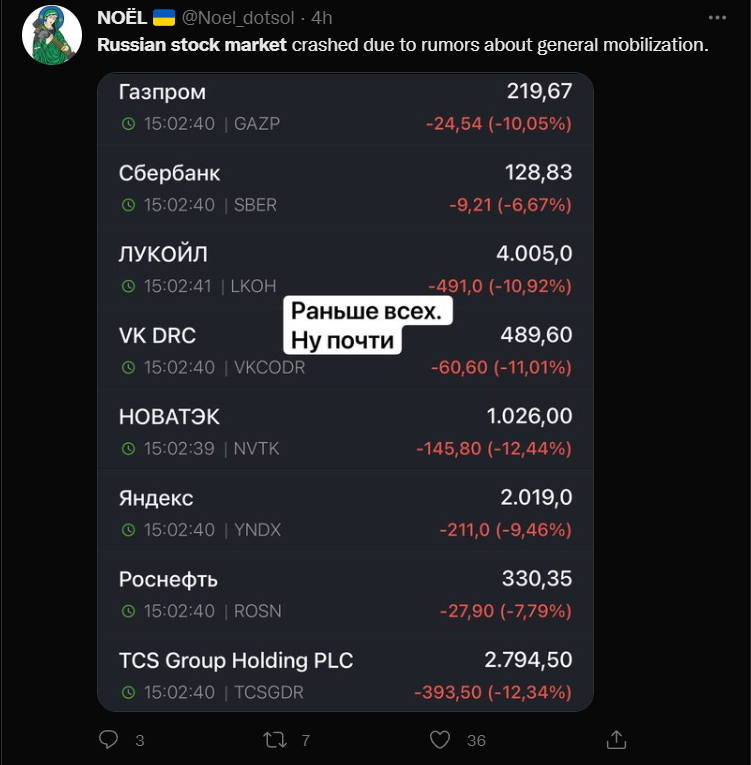 “Judging by what is happening and what is about to happen, this week marks either the eve of our imminent victory or the eve of nuclear war,” Margarita Simonyan, editor in chief of state propaganda channel RT, tweeted. “I can’t see any third option.”
Click to expand...

“Judging by the scathing commentary in Russian Telegram channels and the shift of tone in the Kremlin-controlled media, Russians are in the process of losing the last remaining glimmers of their perceived military might,” wrote Gian Gentile and Raphael S. Cohen in Foreign Policy, likening the Ukrainian victory in Kharkiv to the American victory over the British at Saratoga in 1777, which turned the tide of the Revolutionary War.

That analogy may be a bit premature. Dara Massicot, Gentile and Cohen’s colleague at the Rand Corporation, warned that the next phase of the war — still massively influenced by Western military support to Ukraine as it bids to reclaim its lost territory — could see a whole new series of Russian provocations. “If the Kremlin’s annexation gambit fails to stop the fighting and support to Ukraine, the Kremlin will need to lash out to show it is serious,” she tweeted. “That means escalation that could come in different form” — including more missile strikes on Ukrainian civilian areas and energy infrastructure, cyberattacks, and exercises that involve the “brandishing of nuclear weapons,” if not their deployment.
Click to expand...

How is having children not wanted but forced to be birthed due to a pro life stance possibly helping to produce and maintain a dysfunctional society?

Is the Republican Party not wanting to pay taxes and put money on social programs hypocritical?
2

The New Wine - This is the final stop (no pill necessary)