Things That Matter: Three Decades of Passions, Pastimes and Politics by Charles Krauthammer.

I especially appreciate his love of border collies.

It sounds much less cool when you know what 'Kraut' actually means: https://www.google.de/search?q=krau...&sa=X&ei=E22EVI_jJoHoUqyVguAH&ved=0CAYQ_AUoAQ

the Hogfather... which I read most years between thanksgiving and christmas

Proust Was a Neuroscientist, Jonah Lehrer

Do his past controversies give you any pause?

I used to post up his articles on the forum.

Encircling its nose lay a tiny clear plastic mask, providing the mouse with isoflurane, a powerful anesthetic capable of keeping the animal motionless while I performed the risky procedure. But the problem was, the animal was not motionless, at least not entirely. Just as I leaned in to inject it with a highly concentrated, lab-adapted aggressive strain of HIV, the mouse jerked. In that moment, the unthinkable happened: I accidentally poked my finger with the needle.
Click to expand...

Saw this at a used bookstore, and I almost bought it. Because LOOK AT IT. 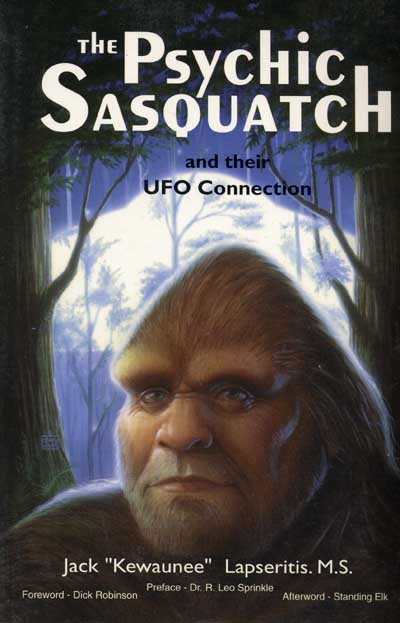 I love that there's a person on this planet named R. Leo Sprinkle.

Battleaxe (Axis trilogy) - Goddamn is this brutal, I'm only in the first few chapters though.

Just finished The Lost City of Z by David Grann. Between reading that book and watching too many episodes of River Monsters, I can safely say that I will not be visiting the Amazon EVER.

Also, I just found out that Percy Harrison Fawcett, the seemingly indestructible explorer who mysteriously vanished while searching for this lost city, will be portrayed in an upcoming film by none other than Benedict Cumberbatch. Because the Cumberbatch is everywhere.
G

i tend to just read the classics over and over again for several reasons.

First, the classics are so dense that reading them once gives you like 10% of what is in there.

Second, the classics basically are the origin of all modern tropes in cinema and modern literature. There is nothing new in today's culture except for a few things in new forms of art whereby they present the essence of old tropes in new forms.
To illustrate this example, one chapter in don Quixote is the equivalent of an entire decade of seasons for the Simpsons or any modern work of literature for that matter either.

One stanza in The Odyssey, one play of Shakespeare, and one chapter in Huckleberry Finn is worth 1,000,000 pieces of modern literature. By the way...I'm not a huge fan of Shakespeare but I will read him.

That being said occasionally I will read some of this junk-food literature...I prefer to read whatever the universe mystically drops in my lap when it comes to this cheap form of mental stimulation. I tend to follow the signs.

For example, I'm reading Darkheart at the moment because before I saw the book, that day, I heard the word on the radio in an unrelated context and referencing something I didn't quite catch.

But that is the way of the zen master. Chose your ways wisely.

Up to date with Saga so I'm finally going to properly start reading Sartre's Being and Nothingness, the last time I tried I wasn't aware I needed to be near a dictionary to get through it

Definitely going to take a while to get through, but I'm determined! (for now.)

After Dark by Haruki Murakami

Practicing the Presence of People: How we learn to love by Mike Mason

Finished Hunger by Knut Hamsun, which was awesome. I'd recommend it.

Also read We the Animals by Justin Torres. It's not my style. Good thing it's short.

Currently rereading The Picture of Dorian Gray. I hated this book in high school, but maybe that was the wrong time for me to read it. It's fine so far.

Island by Aldous Huxley. It's supposed to be a spiritual successor/answer to Brave New World.


Also, gotta say that I love y'all are putting the book titles in italics.
Q

Just finished Vineland by Thomas Pynchon. It definitely had its moments, but was a mess.