I just got done reading

and am now reading

Amazon.com: Liberal Fascism: The Secret History of the American Left, From Mussolini to the Politics of Meaning: Jonah Goldberg: Books

Just a few amidst the multitude that I'm currently working on: 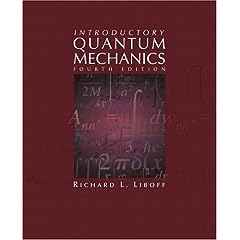 *suggests One Fish, Two Fish to nozflubber to clear his mind*

The Shack by Wm. Paul Young

The Ancestors' Tale: A pilgrimage to the dawn of life by Richard Dawkins

I'm nearing the end of Watchmen, should be finished soonafter I post this. Great stuff.

I just opened a book on neuroplasticity.. i think it's called The Brain and The Mind + subtitle I didn't really pay attention to. It looks interesting... the first chapter quotes a dialogue from aliens who talk about our brains being innovative meat....

Lateralus said:
I recently finished a biography on Alexander Hamilton. Chernow is a pretty good biographer, though I disagree with some of his political opinions that seep into his commentary. I'm now reading another of his biographies, this one on John D. Rockefeller.

Chernow's biography on Hamilton was excellent and one of the most interesting histories on that whole time period I've read in a long time. I actually felt sympathy for Hamilton. I think both the republicans and the federalists were whacked during that time and their conflicts are totally fascinating to read about so I just ignore the political opinions.

Dunno whether this is the right thread for this info, but apparently Cormac McCarthy's childhood home burned to the ground this week. That kinda sucks, since it was considered a landmark.

(Yes, McCarthy is my current obsession ... his writing is AMAZING!!)

I haven't quite started it, yet, but soon. Soon.
K

The Chronicles of Amber - Wikipedia, the free encyclopedia

I've read it before, and forgot its name, but found it on my roommate's bookshelf.

Went back to greater elaborate my thoughts to find that the "time-to-edit" has expired.

Chronicle of a Death Foretold by Gabriel Garcia Marquez- What's the point of inverting the chronological order of the unfolding of the crime if there's no payoff? It definitely added to the tension of the beginning of the novel, but really by the end, the murder seemed rather banal, despite the gruesomenss of how it was committed, merely because the characters seemed to find it rather banal too. I suspect it's meant to inspire some feelings of horror and empathy at the tragedy of uncaringness in the world, of the shirking of responsiblity and and inevitability of being forced by social pressure (I think some more familiarity with that culture of machismo and religiousness would help me).

But really, it's easy to write of people failing. (Which is why it is such a lazy device to kill off people in a short story. It ties up loose ends. It's a cheap thrill. But you get criticism, not constructive criticism. You don't actively *learn*.) It's especially to write of people failing when you tell the audience they fail from the beginning. Hence the most interesting parts of the story are the - the lives of twins (though their moral dilemna pre-killing Santiago is also interesting) and the life-as-a-spinster of Angela Vicario. Moving on is interesting, compelling- it teaches. Dwelling, reliving, condemning- not so much.

The Great Gatsby by F. Scott Fitzgerald:
The obsession with wealth never ceases, eh? Would people die of soul-crushing existential despair if rich people were portrayed as... happy? It's strange, isn't it? Books/movies/TV/etc, they all exploit our want for wealth (by showing it, with plenty of glitzy excess). And they exploit the fear we feel because we don't have wealth, by portraying the rich as incredibly miserable. To use the very human/cultural nature that fuels/IS the interest to moralize that the interest is bad?

I think there's a lot of Fitzgerald trying to capture the feeling of the time period (1920s). His vocabulary is very impressive and his descriptions in the first part of the book are very evocative and vivid and on-point. Jay Gatsby kind of awesome (other than is fatal flaw of LOVE, cause them womens they be bitches and hos). And I get it's supposed to be some sort of new money vs. old money thing and in the sense that Jay doesn't have a "birthright" (but then the book goes and confirms that he doesn't have a right to be sucessful by killing him off). I guess I never bought into the plot mechanations, which were sort of classic melodrama, which was very jarring in comparison to what was at first spot-on cynical commentary by Nick. (And the poooHoor people all dying horribly, what a nice message. And the rich people being all jackasses. :rolli

Nick and Jordan's relationship is *very* interesting though. Wish there was more on that.

Simone knew what.
One of the best books ever written.

I keep picking up Ender's shadow and reading it (again) because I need an infusion of new books.

Someone get me the last book in the robot series to read plz.

The Unwieldy Clawed One

'Tequila Oil: Getting Lost In Mexico' by Hugh Thomson.

"the long tail" by wired editor. interesting concept, boring read (can it get any dryer???)