Just finished The Library at Mount Char by Scott Hawkins. WTF did I just read ...

Iâ€™m not sure whether I liked it or not. I found it simultaneously tedious and unputdownable, as evinced by the fact that I finished it in two days. The characters were almost uniformly loathsome, albeit in varying degrees, and there was no one really to root for or identify with ... and yet I needed to know how things turned out for them. Itâ€™s all too much for my pea brain to deal with.

Hermit of the Forest

The Fellowship of the Ring by J. R. R. Tolkien.

Zipped through The Three-Body Problem by Cixin Liu a couple days ago. This is the best hard sci-fi Iâ€™ve read since Asimov ... every bit as good as Asimov really. Itâ€™s absolutely riveting. Currently on book 2 of the same series, The Dark Forest. The pacing hasnâ€™t been as consistently thrilling as the first but wow ... two heartrending battles back to back near the end of the book. Iâ€™m almost done and all ready to move on to the last book in the trilogy, Deathâ€™s End.

I just finished Child of a Mad God by R. A. Salvatore.

So while I was making my way through Liu Cixin's The Dark Forest, I had NO IDEA what was coming. Aaaaaah this book is beyond amazing, if you like sci-fi in any form, YOU NEED TO READ IT. Among other things, it provides, hands down, the best fictional solution to the Fermi Paradox that I have come across.


I also finished Death's End, the last volume in the series. Wow. The scope of this book is beyond galactically immense and I love that the author had the guts to take his story thereâ€”the most terrifying there imaginableâ€”but this one was also a rambling, incoherent mess. It was disappointing ... but also dissatisfying in a good way. I really wish the author had taken a little more care to wrap up some of the loose ends though.

Just finished The Son by Jo Nesbo and Blood Meridian by Cormac McCarthy. I think I'm going to read Bill Bryson's The Road to Little Dribbling next. I'm in want of something a touch lighter now.

The phenomenology of the mind by Georg Wilhelm Friedrich Hegel. Because lately I have felt the urge to get into the more philosophical aspect of the self and the consciousness, self-reflection, and this one I picked deals with the evolution of the conscious. So yeah, I really am going back in time often latey. I'm absorbing everything I can get my hands on like a sponge. I do feel like I've read this one already, though? There was a time I did borrow stuff from the library ... and actually brought it back again! Hahaha.

It's always funny how these books are using such special phrasings but the meaning is so overly simplistic, haha. Just use big words and noone's gonna notice how simplistic and easy to follow your ideas, theories and dynamics are. *laughs*

But yeah, despite that, I like reading these kinda books. I think it wouldn't be so pleasant if I had to read them in English.

Still stuck in the middle of The Day of The Locust/Miss Lonelyhearts, Insights:Conversations with Theodor Reik and Utopia or Bust by Benjamin Kunkel.

Need to break this impasse.
L

Iâ€™m not sure whether I liked it or not. I found it simultaneously tedious and unputdownable, as evinced by the fact that I finished it in two days. The characters were almost uniformly loathsome, albeit in varying degrees, and there was no one really to root for or identify with ... and yet I needed to know how things turned out for them. Itâ€™s all too much for my pea brain to deal with.
Click to expand...

This thread makes me want to read so many books.

At the moment I'm reading a chapter from my DK books each day, starting with Shakespeare, Philosophy and History, Philosophy is unexpectedly turning out to be the difficult read, I'm also reading and I find it really good is Steppenwolf by Hermann Hesse, I've also got Siddhartha by the same author which I'll start next. Hesse makes me think I want to read more written by Germans. If Germans actually do wind up living their lives like this Steppenwolf dude they're pretty cool (this character also makes me think of Mole a bit too). 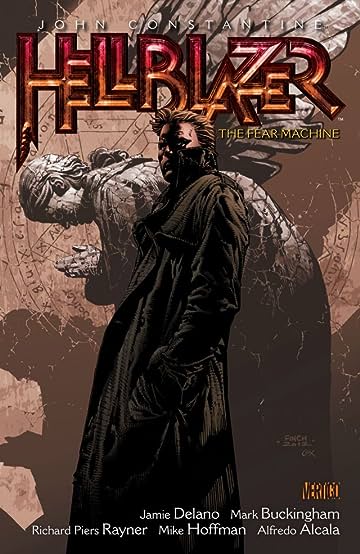 I also bought a copy of the collected Divergent cycle books (the last one I think, reduced in the sale section of a bargain books section) and a collection of (Ermegad!) Goose (Burms!) Bumps.

I wanted to read the former from the time I saw the films (there are multiple interesting themes, factionalism, typology, post-apocalypse, uber-mensch/unter-mensch eugenics/genetic engineering ideas and all the way through bonds, relationships, allegiance), it wasnt as well cast as Hunger Games but then I think Donald Sutherland is seriously hard to beat. I'm sorry for him and Martin Sheen that their kids seem to have such issues (I like the Hunger Games cycle too, which I personally think owes a lot of The Great and Terrible Games, or something like that, which was an older sci fi Neo-Rome idea).

Goose Bumps is series that Jame Rolfe recommended, I remember hating it and a lot of young adult publishing at that time, like the Point books, ie Point Horror, Point Fear etc. It was a publishing phenomenon which appealed more to female readers here, although much younger female readers than I think they were intended for. In any case I didnt read them, I was reading other more adult authors (and thought they were shit for the most part). I caught a couple of the episodes of the TV series, it used to get mixed up in the schedule with Are You Afraid of The Dark? (Rolfe recommended it too) And goose bumps did appear to be kind of edgy, like without being explicit about it people died or disappeared (though I liked Eerie Indiana the most, it never seemed to spawn any books, also the original series has no relationship to the spin off if you ask me).

I'm back to Howard Zinn's 20th Century: A People's History after a very long hiatus. So far, I find it an incredibly comforting reminder that no matter how bad things seem now, they've been the same and worse in the past . It's no excuse for complacency, but I like to understand.

Julies Vernes 10000 leauges under the sea.
A

I just got done reading the third book a couple of weeks ago. They're not on par with Agatha Christie's works, but they're still worth reading.

Our Southern Highlanders by Horace Kephart