What contributes to the most misery on this earth?

According to science free will is an illusion. It has been determined that before a person makes a conscious choice, decision or action it has already been determined at the unconscious level.

This doesn’t add up. If there is no true will in that our decisions are made due to Nature -Nurture dynamics, then why is evil allowed to exist?

Western monotheistic religions purport that God allows the devil because of free will and he is testing us. This concept was established in the Bronze Age era before it was ever documented in religious texts.

I don’t believe in the devil. To me the devil is a projection of our selves. I don’t blame the devil for mankind’s misfortunes. Instead I believe most of human misery is due to ignorance. Ignorance of the unconscious.

Until we make the unconscious conscious we will continue to live in a backward world blaming existential creatures that don’t exist. We will never take responsibility for our own happiness, salvation and the responsibility to make this a better world.

The perpetrators of human misery are (1) ignorance, (2) blind spots especially of the unconscious, (3) cognitive distortions on the unconscious level of which (4). Emotional Reasoning,

(5) 5. Blaming others and life for our emotions and not taking responsibility for our thoughts, feelings and actions

(6) projection of one’s own unresolved issues, unconscious conflicts, emotional baggage and unhealed aspects in the form of one’s own psychic wounds.

These projections of one’s unhealed soul are pollution for mankind. People blame others and reality for their own distortions in the human thought process.

Until we take responsibility for our own thoughts, feelings, beliefs, and actions we can continue to use as a cop out Satan and ascribe to him all the misery of mankind. It is we who are the spreaders of misery, evil and ignorance.

Other contenders for adding human misery are (7) Rationalization and (8) Denial where we do things in the name of love and rationalize our own behavior all because we don’t have insight into ourselves.

I believe the gap between rich and poor has a lot of the blame.

Pionart said:
I believe the gap between rich and poor has a lot of the blame.
Click to expand...

Hello Pionart all the great wisdoms of the world say that the kingdom of heaven and true worth come from within.

I’ve written, “Do you walk your talk? Do you practice what you preach?” In my view the masses, not all, live in hypocrisy.

The world seems to follow these illusions: sex, beauty, wealth, fame, power and violence. Your statement, “The gap between rich and poor.” fall under these false values.

The Memes Justify the End

Occam’s razor : there is no god testing us.
S

1. Ignorance
3. Cognitive Distortions
5. Blaming others and life for our emotions and not taking responsibility for our thoughts, feelings and actions
6. Projection
8. Denial
9. Illusions: Sex, fame, power, wealth, beauty, and violence when pursued obsessively.
Click to expand...

All of the above are manifestations of the same phenomenon, i.e. deficiency of awareness, which can be traced to the underfunctioning of the prefrontal cortex area of the brain. The limbic brain represents our primitive/primal/animal brain and the prefrontal cortex regulates its impulses to modulate our behaviour towards acting socially to take others needs into consideration as well as our own and to strive for conflict-resolution and collective living, in other words, it acts as a conscience.

Education, genetics and neuro-medical sciences should strive to stimulate this part of the brain to strengthen it. People who vie for personal power, wealth, status etc are weak in that faculty and act like psychopaths, sociopaths and try to place themselves in positions of power and gain from conflict and exploiting others.

Global welfare can only be achieved by means of achieving high-awareness (i.e. high prefrontal cortex strength) in a majority of the world population, who will be able to recognize and not allow exploitative people to amass power. 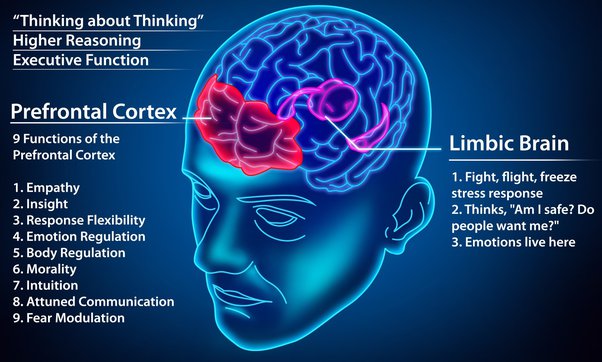 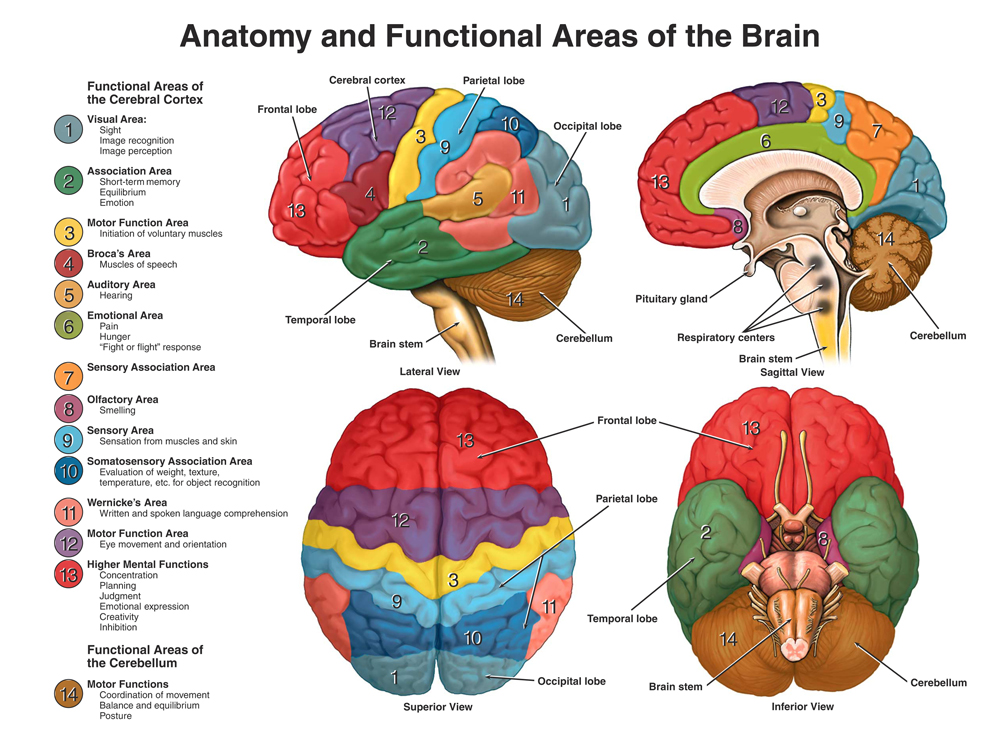 From the perspective of planet Earth, it is the very existence of humans that has made Earth so miserable. If Earth is a living being, it might long have wanted to get rid of those fleas: us humans.

I'm not misanthropic but at least consider the following points:

1. With the development of human civilization, has the environment (nature) improved or not? - Clearly, even at this point, with waves of social movements on sustainable development, ecologism, and environmental protection, what we all witness is the deterioration of the environment. More species have gone extinct, plastic particles are everywhere, even inside your body, and various types of pollution are going on. Nuclear waste and biohazards are disposed of casually. Our development, at this stage, still remains predatory and exploitative.
Positive side - growing awareness
Negative side - in politics, more is said than done.

2. Has the world become more peaceful? - no world wars since 1945, but have there been wars? Yes, of course, interstate wars, internal wars, cyberwarfare, etc. Wars take more forms than before, and people no longer have to fight on the battlefield. Weapons get more destructive, more than enough to destroy ourselves multiple times. World peace is ideal, or shall we say, an illusion. The Russian invasion of Ukraine is still going on. It seems that no matter how far we have developed, we cannot create long-lasting peace, free of war.
Positive side - technological development
Negative side - relying on military power to advance science & tech is too costly. What are humans best at? - Developing destructive weapons (or, WMDs), that's where you find the most cutting-edge technologies.

3. Has the world become more enlightened? - Depends on whom you ask. ignorance is widespread. It is the 3rd decade of the 21st century and some people still believe in Flat Earth. During the pandemic, not a few people refused to wear masks because they believed that each mask contained devices for the govt to track them. There is a global resurgence of authoritarianism, and many countries have anti-democracy elites as national leaders. Some advocate for the fusion of church and state. You can find numerous trends of counter-enlightenment and anti-intellectualism. Stupidity has gained too many followers.

4. Has humanity made the world a better place, in general? There are technological advances of course. However, the world is driven so much by material gains, lust, and short-term interests to the extent that almost everything has become political and profitable. Almost anything can be tied to politics. Too much division. Too much hate. With politics, there is endless bargaining, and invaluable time has been spent on playing the political games, with little concern for getting things done. People seem better at making things look good, but are they really good? Problems have to be solved, and cannot be covered. You can cover them up for now, but they will still exist.

5. We are all humans yet with some fundamental and real differences. Such differences set people apart from one another and even against each other. Believe it or not, even with some imminent danger or emergency, like an alien invasion, people all over the world can still hardly be united. Division, dispute, and war are the ever-lasting theme, and while people fight against one another, so obsessed with their narrow interests, they will eventually lose everything.

Human nature. To deny the negative/dark side of human nature means we will forever live under a delusion. Any culture or society, cannot possibly develop further if it relies solely/mostly on morality, religion, or individual conscience. What we need, to make the world better, are effective and well-functioning systems. All kinds of systems, organizations, structures, and principles. Those that can maximize the bright side of human nature and minimize the negative.

So we want to terraform Mars. But why? Make it a new home? With all the current problems and ills, it will make no difference. Just add another victim of torture. A Mars colony will become reality in the future, sooner or later, but the goal should not be just to establish a base there. We need to look further and think about how to transform ourselves and our civilization, so we can aim for the far future.

It is, ultimately, human reason, and rationalism, that will save the world from the miseries and pains.
Last edited: Jul 25, 2022

Just a Cat who hangs out at the Crossroads...

Not being able to tell which one is the evil clone.
D

taking things for granted is the biggest contributor to the most misery. history hasnt directly said it,but it is implied that it is the main source.school shootings to murders to theft to even corruption and movements that have happened during the 60s and 70s. little things do matter more than what we give credit for.

The number one ingredient to evolve as a society is to make the unconscious conscious.

Blindspots: What are they? How do they affect us? How do we overcome or deal with Blindspots?

How can we as individuals make this a better world?

Is scripture divinely inspired and the word of God?