[Other] What Are You Feeling II: The Sequel & The Last Crusade & Search for & Revenge of Khan

Amazement/reverence. Archive of Adam Lanza's youtube channel got published and I finally got to hear his voice. I mean I heard it in the Travis the Chimp phone call, but hearing him talking at length is just wow. It's sort of like basement tapes would be released.

So flipping annoyed about clutter…. Every-fucking-where. I can’t focus.

Also unsure how to navigate some new territory.

Good grief - don't get me started. I hate clutter, too, and sadly live with someone who is far too eager to tolerate it, including in our shared spaces.

Despair. People need thousands of followers to get any significant amount of money. Regardless if it’s donations or selling stuff, only the popular are allowed to live.

Feeling terrified. I think I have 50+% chance of dying next year, depending on whenever my mother will be able to get a contract or not. It's really bad. It's unbearable to know that I'm surrounded by inhuman monsters that want disabled people dead with no way out.
I hate humanity for condemning me to death for being disabled.
Not functioning well any more, my IBS got much worse.

The worst thing is that I have to get rid of some items I don't want to be found after my death and I don't know how to dispose of them. There's that weird guy that keeps going through garbage so just throwing them out is out of question.

Hatred and disgust. Like the worst thing is that what people are choosing. Because they have rotten values, because they have rotten character, like vast majority of people who virtue signal being progressive are still ableist social Darwinists when it comes to voting with their own wallets. They just want the government to take money from other people, preferably "the rich".

I love these quote:
"Now this was the sin of your sister Sodom: She and her daughters were arrogant, overfed and unconcerned; they did not help the poor and needy. They were haughty and did detestable things before me. Therefore I did away with them as you have seen."

The worst thing is that only my mother is on my side. The rest of so called "humans" are enemy combatants in a war of annihilation, fighting for resources needed to exist.

Proud! I participated in a cooking event on TV in my country. it was been years since i cooked professionally but i am so proud of how everything came out.
The hosts were super impressed with the food so that made me feel good. I miss it so much but it was a lot of stress for very little money. 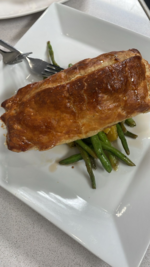 I Make so much more money in the position i am in now even through coming to work kills my soul. I just wish i could do what i love and make money

To the waters of the wild

I accidentally spilled coffee on my computer desk because of extreme stress. Like I picked up a mug full of coffee and it fell out of my hands and some of it spilled on my monitor and it started acting weird. Now I'm stuck on an ancient 14" backup monitor. Feeling claustrophobic.

Alone. But I always sort of feel alone anymore, and its worse when people are actually around.

Feeling scared and isolated. Having no real support network. It's basically my mother and me. No one to turn to. Human race has turned it's back on me. It's really distressing.

Resentment. Was thinking about how my life was violently destroyed by the society. How it made me disabled by the age of 15 by 15 years of abuse and I never received a compensation for it or a disability pension. The society is disgusting, depraved and evil and hates justice.
Even when it comes to individual people about 99% are inhuman monsters.
Not only I have to suffer pain every day as a consequence of the trauma that the society has subjected me to but also according to the society I'm supposed to suffer from poverty and then die from starvation.
Disgusting evil inhuman filth.

I struggle to not just hate all ableds. Like from one side in the face of the ableist genocide all morality is ambiguous and also they are playing with cheated characters - like having an unfair advantage of not being disabled since the end of primary school.
From the other side, it's essentialisation which is rather bad. Like the problem isn't that they are abled, the problem is the rotten character of, like 99% of them.
Being abled doesn't force them to be greedy selfish pieces of shit fanatically devoted to ableist social Darwinism and voting for death of disabled people with their wallets.
Like it's written:
"Now this was the sin of your sister Sodom: She and her daughters were arrogant, overfed and unconcerned; they did not help the poor and needy. They were haughty and did detestable things before me. Therefore I did away with them as you have seen."
It's all about character and values.

Woke up feeling dread due to the threat of starvation worshipping social Darwinists, woke up with reflux. Feeling dread.
The worst thing is that almost all ableds are pro-genocide even if they virtue signal otherwise.
Another worst thing is that I always end up in these shitty communities full of self-centered emotionally stunted people who are incapable of humane direct action.
I don't know there's something about nerds as a category that just fucking sucks and nerds are usually fanatical social Darwinists, even if they virtue signal otherwise.
Like that's why so many gamer communities got sucked in into the alt-right pipeline. Though for most of the rest, they are still social Darwinists when it comes to voting with their wallets, they just try to have nice feelings about it.
Because to them being good isn't about good action but about nice feelings.
It's all because they have rotten character.

Feeling distaste and low key dread.
Like it's ironic it's going to end up this way, after we managed to pay back the debts from 2000s. I got 24$ of pocket money. Funny thing. It's weird to buy stuff knowing I'll be dead in, like half-a-year or so.
I donated 33% of it to a fellow artist in need, as one does. Though because I'm always surrounded by inhuman monsters no one will do it for me. I think it's like 1% of true humans that usually donate - that artist exploded in 2015 and had 10000s of likes on some of his posts, so he may actually have 10s of 1000s of followers. Out of it, looking at Ko-Fi stats he has 60 supporters.
Assuming 1 (even sporadic) supporter per 100 followers, he has about 6000 followers.
I'm always stuck below 1000 followers. After two years of regular activity, my Tumblr has 375 followers and that's my most popular account.

For the rest, I bought myself a military history book about 1st Polish Armored Division. I probably should read 4 books I have about that unit first and leave reading about example battles 1854-1918 to some later time if somehow I'll survive.

Feeling dread, to the point of stomach aches after doing the calculations. I'm stuck, I don't think I'll ever have enough followers to receive support. Everything because of evils of so called humanity. One needs to have so many followers to have one true human follower. The rest is just soulless zombies.

Feeling hatred and disgust towards all these ableist social Darwinists. Disgusting inhuman filth.

Dread. Awareness of being left to die. That people who know want me dead for being disabled. I guess disgust too. It's completely inhuman. I'm really sick of it all. I don't have any allies besides my mother. Everyone else is enemy combatants in a war for resources.

Grief. I think I got to the point where there's absolutely no hope. Like, almost everyone is a fanatical social Darwinist, almost everyone wants me dead for being disabled.
It doesn't matter how exact I'm in describing my history, they still want me dead. Everyone except my mother is pro-genocide.
I don't want to die, but others want me dead.
They want me dead because they are fanatical social Darwinists.
People want save me because they hate disabled people and want us dead. I don't know where I could find people who aren't inhuman monsters.
All my hobbies attract fanatical social Darwinists for some reason.
It doesn't matter I've put in over 1000 hours into working on my art, including over 390 hours into drawing exercises, it doesn't matter that I've shared hundreds of drawings, they still want me dead.
There's no way out.
It's just inhuman.
Disgusting inhuman filth.

I feel ok
You must log in or register to reply here.

Revenge and the Poverty of Language