This is a thread for various political topics that don't necessarily warrant their own thread. Please refrain from posting off-topic fluff.

A New York Times investigation into Supreme Court Justice Brett Kavanaughâ€™s time at Yale University has uncovered another allegation of sexual misconduct that was previously unreported. Max Stier, a Yale classmate of Kavanaugh in the 1980s, reportedly said he saw Kavanaugh with his pants down at a dorm party where his friends pushed his penis into the hand of a female student. Stier notified senators and the FBI about the incident but it was not investigated, according to the Times, which cited two officials who have spoken to Stier about his account. Stierâ€™s story echoes that of Deborah Ramirez, who came forward during Kavanaughâ€™s confirmation process alleging that he had pulled down his pants and thrust his penis at her during another party.

During his Senate testimony, Kavanaugh, who has denied the sexual misconduct allegations against him, said that if Ramirezâ€™s story were true, it would have been â€œthe talk of campus.â€ The Times cites several people who had indeed heard of the incident, with two classmates saying they had heard about it from fellow classmates just days after the party occurred. Any investigation into Ramirezâ€™s account had strict limits set by the Republican-controlled Senate. Of the 25 individuals that could corroborate Ramirezâ€™s story, and who were directly provided to the FBI by her legal team, none were interviewed.
Click to expand...

"I sat through those hearings. Brett Kavanaugh lied to the U.S. Senate and most importantly to the American people. He was put on the Court through a sham process and his place on the Court is an insult to the pursuit of truth and justice.

He must be impeached." -Kamala Harris

"Brett Kavanaugh's confirmation is a shame to the Supreme Court. This latest allegation of assault must be investigated" -Julian Castro

"Last year the Kavanaugh nomination was rammed through the Senate without a thorough examination of the allegations against him. Confirmation is not exoneration, and these newest revelations are disturbing. Like the man who appointed him, Kavanaugh should be impeached." -Elizabeth Warren

"Yesterday, we learned of another accusation against Brett Kavanaughâ€”one we didn't find out about before he was confirmed because the Senate forced the F.B.I. to rush its investigation to save his nomination. We know he lied under oath. He should be impeached." -Beto O'rourke

"I strongly opposed him, based on his views on executive power, which will continue to haunt our country, as well as how he behaved, including the allegations that we are hearing more about today" -Amy Klobuchar
Click to expand...

There's an interesting interpretation of the Constitution some have made that impeachment may not be the only means of removing an appointed judge from office.

The judges, both of the supreme and inferior courts, shall hold their offices during good behavior...
Click to expand...

The problem is that the Constitution doesn't really state how to remove a judge without impeachment proceedings.

Why don't republicans just come out and admit they're protectionists and don't care about free trade or the free market?

In the obituaries, George H.W. Bush is remembered as the president who oversaw the collapse of the Soviet Union. But the leader, who died this weekend, had another major foreign policy achievement: He was a champion of free trade and a key architect of globalization, a legacy in danger under the Trump administration. Bush saw trade as a tool for increasing international cooperation and peace, and he advocated for a liberalized economy.

Former US president George W. Bush is urging Americans not to give up on free trade

Former US president George W. Bush told Americans who voted for Donald Trump that he understands their frustration, but asked them not to take it out on international trade. â€œI understand anger,â€ he said today (Nov. 15) in Dallas at a gathering of the North American Strategy for Competitiveness, a pro-trade group. â€œBut anger shouldnâ€™t drive policy. What needs to drive policy is whatâ€™s best for the people who are angry and how does that benefit people in our country and the countries in the neighborhood.â€

Former US president George W. Bush is urging Americans not to give up on free trade or NAFTA â€” Quartz

Thanks, Beto. We need to debate an assault-weapon buyback.

For all intents and purposes, the current Republican President is a protectionist and anti-free market, anti-free trade. The 90 or so percent of elected republicans who widely support his policies are by extension protectionists, as are the Republican voters who still support Trump. Whatever they claim to believe on free trade and free markets doesn't matter as long as they continue to back a President who directly opposes those principles. So platitudes from ex-Presidents are nice, but they really don't amount to much.

Does the lying ever stop around here? No.

John Kasich on Twitter: "Republicans need to stand up for what they believe in: the rule of law, free trade, balanced budgets, NATO, sensible immigration reform that keeps families together. If Republicans donâ€™t, you will lose in November.

I donâ€™t think the majority of republican voters who supported trump care about trade or free markets, I think most of them are behind Trump on cultural issues and muh coal jobz

Jason. Go back to the Lake! Don't make me tell your mother you're staying out so late past the 13th.

A little bit old, but a worthy topic of discussion, I think.

Throwing milkshakes as a political statement makes a splash in Britain

Hmm, I think milkshaking is relatively harmless in the scheme of things. Maybe it's not the best way to engage in political discourse, but calling it violence seems a stretch.


asynartetic said:
I donâ€™t think the majority of republican voters who supported trump care about trade or free markets, I think most of them are behind Trump on cultural issues and muh coal jobz
Click to expand...

Scaramucci was a bizarre choice for communications director from the get-go. On the one hand, he had no experience in government and little in the way of meaningful ties to Republican Party politics. He also wasnâ€™t a populist or in any way affiliated with the ideological movement â€” nativist, protectionist, flirting with white nationalism, skeptical of free market dogma â€” that once appeared to be coalescing around the unlikely figure of an heir to a New York real estate fortune. Heâ€™s not even related to Donald Trump.
Click to expand...

Scaramucci, Scaramucci, will you do the fandango? Thunderbolt and lightning, very, very frightening me. He's just a poor boy from a poor family, spare him his life from this monstrosity.

Julius_Van_Der_Beak said:
A little bit old, but a worthy topic of discussion, I think.

Throwing milkshakes as a political statement makes a splash in Britain

Hmm, I think milkshaking is relatively harmless in the scheme of things. Maybe it's not the best way to engage in political discourse, but calling it violence seems a stretch.

Bringing it back on topic, the milkshake thing reminds me a little of the climax of this scene:


"Why is there always someone who brings eggs and tomatoes to a speech?"

Don't get me wrong, the penguin was totally justified in machine-gunning those people after they threw food at them. 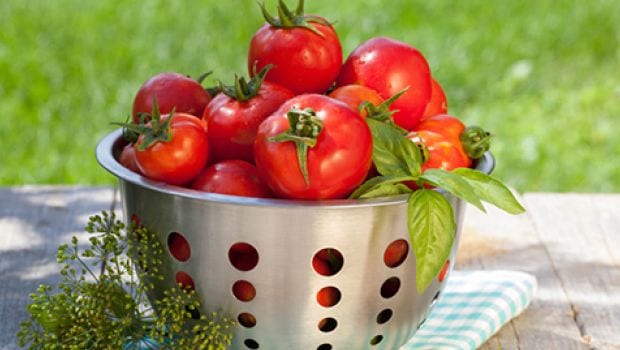 I am not sure "wholesome" and "politics" belong in the same sentence.

MBTI functions in action, within politics.
2 3

J
Is nurse who fainted after being vaccinated lying about why she fainted?
2