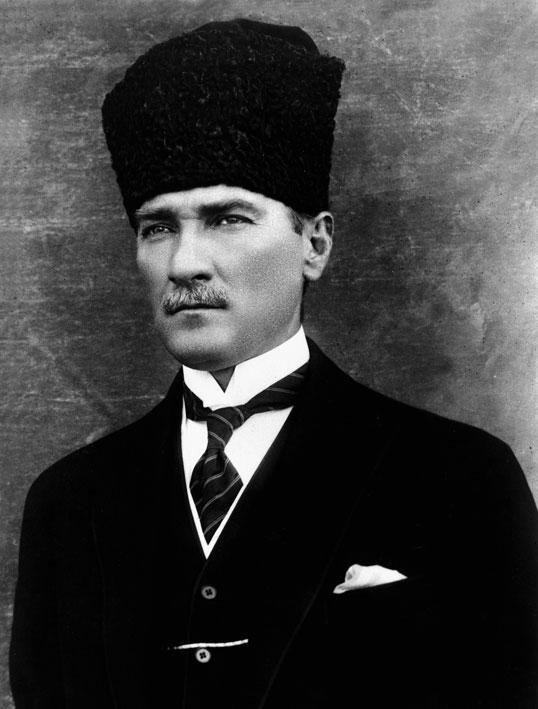 You Must Be Registered To Vote
Wikipedia Link: Mustafa Kemal Ataturk - Wikipedia


Here are the "Top 20 Leadership Traits" of Mustafa Kemal AtatÃ¼rk. Worth checking out:

And another interesting article of the Australian Department of Defense about AtatÃ¼rk:

He got typed as ENTJ from this page: Famous ENTJs

But that page seems to be really wrong, since even Adolf Hitler and Putin got typed as ENTJ's, which could not be farther away from the truth.

If you look at the Richtopia link, the traits are pretty much Ni and Te.

The problem, of course, is that typing based on leadership style is flat out wrong. What we need are biographies that are about more than their political achievements and impact. Effective leadership is always portrayed as ENTJ.*

*I haven't read any in depth biography about Ataturk, so I can't add anything of substance to his actual typing.

Good point. I found this decent link from the Turkish Ministry of Culture, maybe worth checking out?

I have Ataturk typed 7w8 so/sp:

Great tactical acumen and forward-thinking intellect, also loved decorum and had a good sense of aesthetics, so I can see that tertiary Se smirking from the back of that Te/Ni combo. So/Sx, He was an exceptional politician, but also a bon-vivant who loved to discuss the issues of the country and actually solving them during drinking sessions, he also was known how he made women fall head over heels to him, so I can see 7w8, but I'd suggest 8w9, or even 9w8 as core, for according to his quotes, he saw war as pointless murder if it was not the only option and a sense of "harmonious power" can be gripped from his life and his vision of the country.
T

Ataturk ended up 1w9 so/sx in the final breakdown for each type, wing, stack. so/sx 1w9 has a more progressive outlook so the contemptfulness is not as apparent as on oh say the so/sp 1w9. But it just makes more sense as he was too punitive, rigid, stern, idealistic for any 7w8 stack....it's the same fundamental avoidance of frivolity as the more blatant examples of the 1w9 character type. Heck, the same with Charles De Gaulle (LIE-Ni 1w9 so/sx) and Lenin (LII-Ne 1w9 so/sx).

This gentleman was a military officer in the Ottoman Empire, and took part in multiple battles before and during WW I, and rose to the rank of Major General.

Following Ottoman Empire's defeat in WW I, he went rogue (which led the defeated Ottoman government to issue death penalty on him) and organized a resistance army, and founded the parliament for the current Turkish Republic to legimize the resistance as a national liberation movement, and succeded in securing the current borders of Turkey after clashing with the occupying Allied forces.

During the resistance, he was elected by the parliament as the first president of the new republic. Following the conclusion of the resistance, he imposed his version of modernism on the people and the country and initiated industrialisation yet he suppressed or restricted the lifestyle of hardcore muslims in the country at the same time cause he saw them as an opposition to his modernisation movement.

During his time in office, he ensured Turkey paid off Ottoman Empire's remaining debts and made legal provisions for suffrage rights for women and put in effect European civil law, to name a few of his achievements. There was no opposition party forming against his presidency so he tried to encourage his friends to form opposition parties to have the democratic process rolling yet hardcore elements took over the opposition parties so he shut them down (thru legal course perhaps) until such time he was sure that would not happen again.

After his military service, during his time in office, he took up to drinking heavily and died in his 60s due to cirhossis. 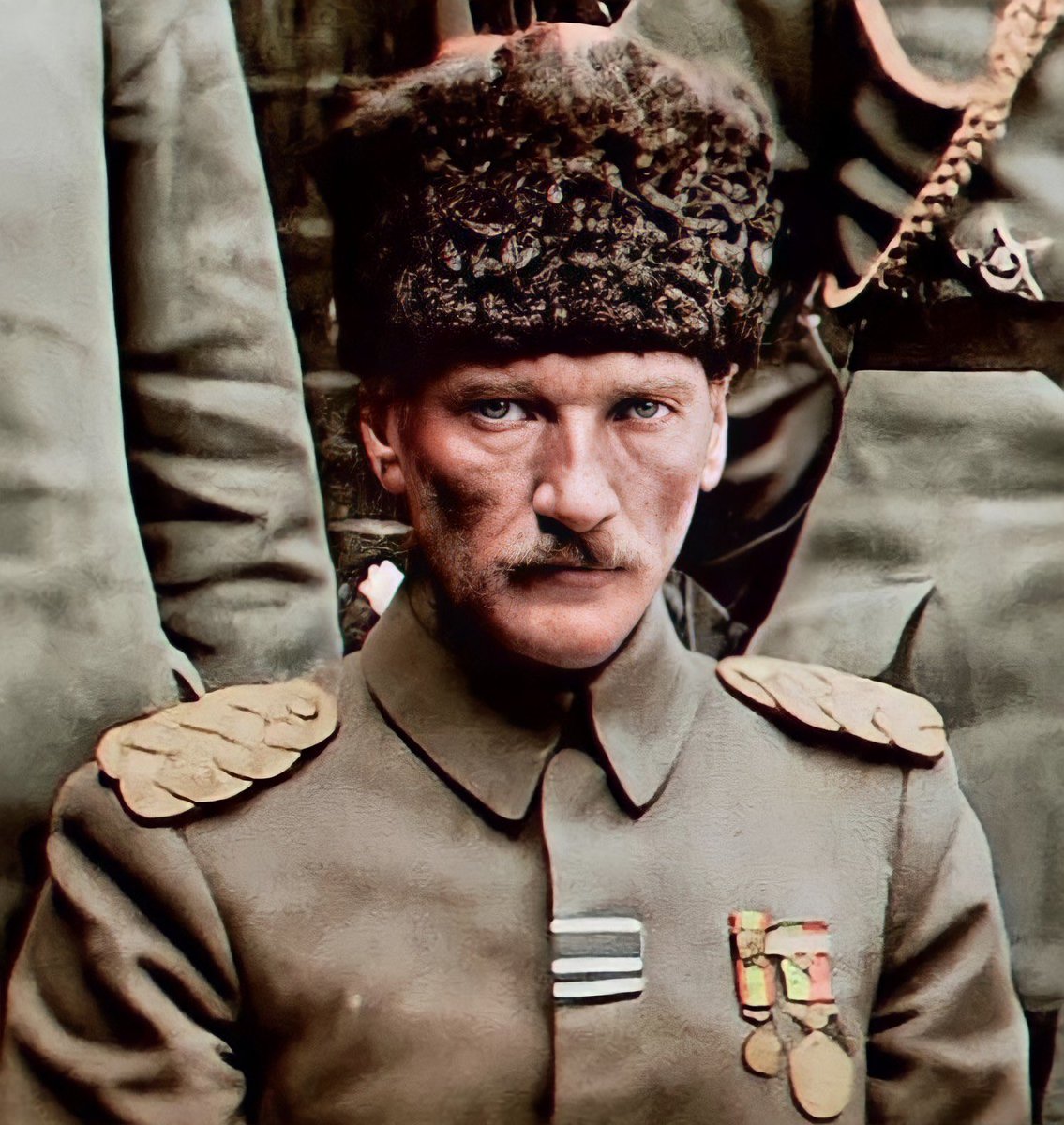 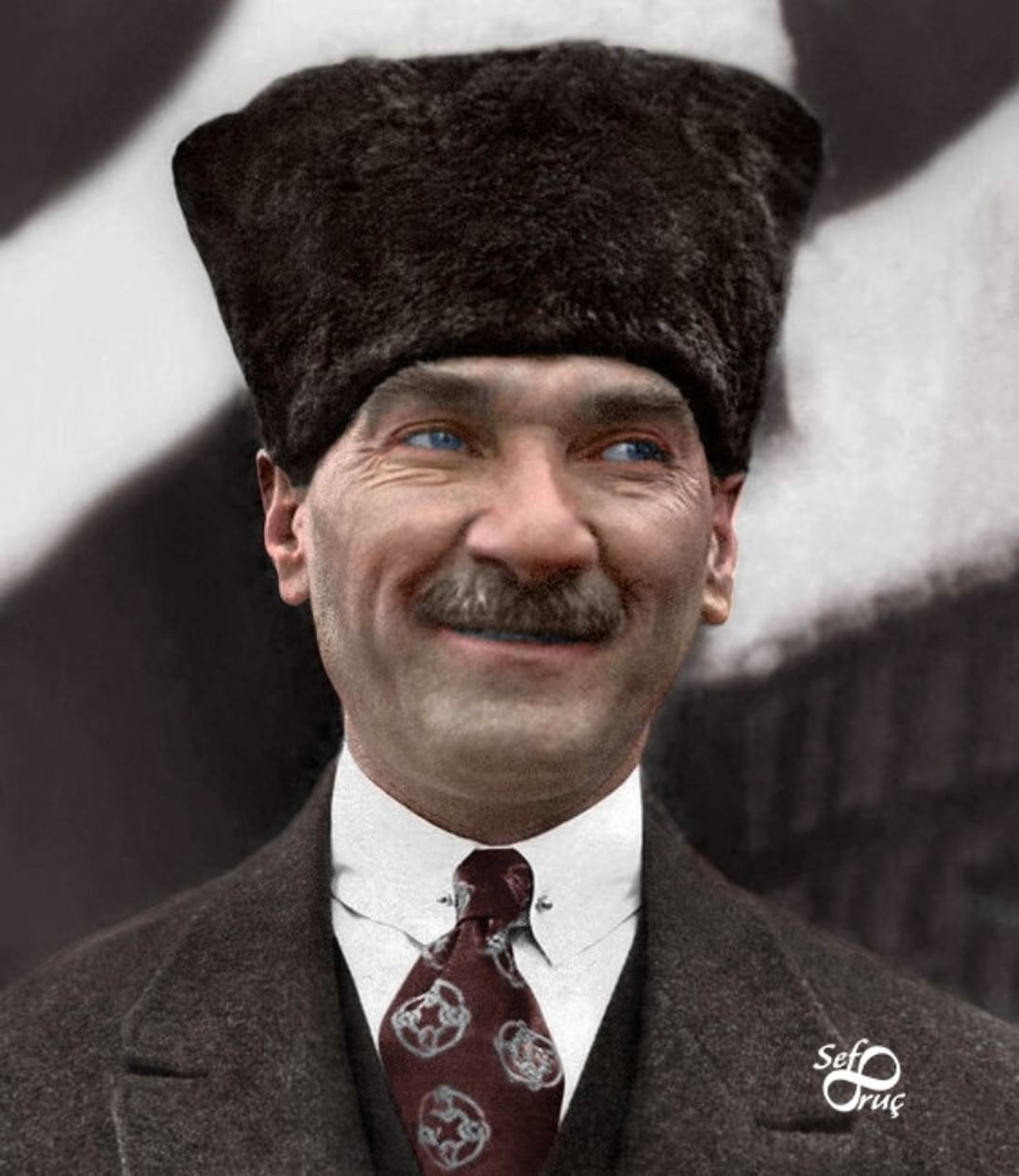 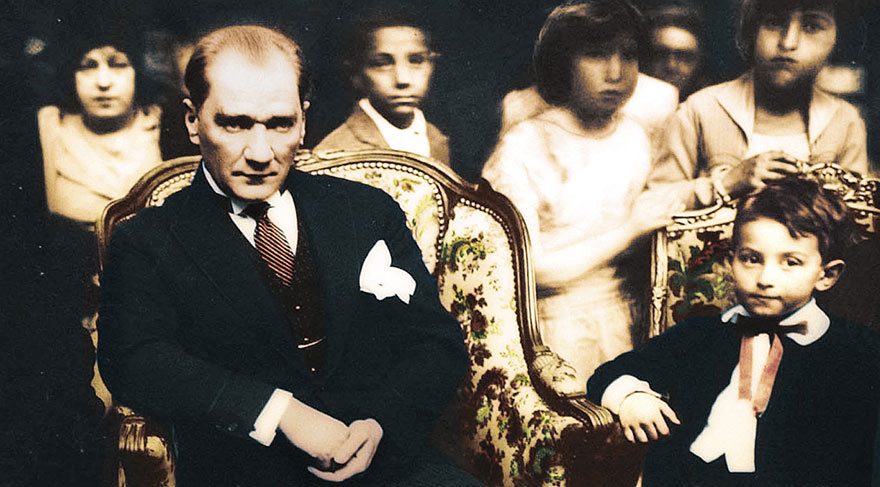