Apparently I have a brain that works in complete sync with each other at all times. Like I operate out of both at all times and the two sides compare and contrast as the halves both work together at the same time. I supposedly am part of 1% of people with my condition. I am ambidextrous completely. I can write two different letters to two different people about two different subject all while talking to a third about something completely different. I've been bored my whole entire life. I have NEVER met ANYONE like me. In school we took standardized tests every year. I had a college reading comprehension level in the third grade. The school wanted me to move to the 6th grade. I refused I didn't want to be treated like a fucking FREAK. I told them I'd intentionally fail every year till my class caught up with me. I scored 99% percentile in every fucking test I've ever been given. I asked my high school counselor one time why I always scored 99% percentile on everything she said that's the highest score you could make. She said it meant I tied perfect with 1% of everyone that ever took the test and scored higher than99% of all others who ever took it. I scored in the top 5 ever on the ASVAB military test. I had military men from all branches of the government trying to recruit me for officers school in the 11th grade. It is impossible to lie to me if I see your face especially your eyes. A human lie detector. I have a photographic memory, but I also remember everything I hear like photographic memory is pictures in your mind, auditory learning like mine is like hearing a recording of the person talking. I NEVER EVER studied for anything in my entire life. All I've to do is read it or hear it and I know it. Stuck in my head forever. If I leave a room for instance, if a person moves one little thing out of place ever so slightly, just the smallest of difference and I immediately know it when I return. Sometimes I feel I'm cursed. Watching people walk around oblivious to everything it seems. Solomon was so right when he said with great wisdom comes much sadness. The greater the wisdom, the greater the sadness. I am like a sponge that soaks up water. Information is the water and my brain is an unquenchable sponge. Once I learn something tho, find out how it ticks, I'm bored with it. Chess. That has got to be the most BORING FUCKING GAME EVER INVENTED! I used to love video games although I had to let people win sometimes to keep them playing with me. But when video games got more advanced and you could save your spot and go back to it. For fucks sake where is the challenge in buying a $50 dollar game that you can beat in a couple fucking hours? Once I've defeated the game I don't want to play it anymore. If there is a midbrain female out there like me please contact me. If I'm only 1% of billions of people, I have no fucking clue where the nearest person like me is to me. It is so very very lonely.

TonyHarmon1974 said:
Solomon was so right when he said with great wisdom comes much sadness. The greater the wisdom, the greater the sadness.

What type do you guess you are? 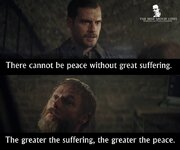 TonyHarmon1974 said:
I am like a sponge that soaks up water. Information is the water and my brain is an unquenchable sponge.
Click to expand...

Reminds me of a Michael Shestov story.

Quote:
Take a moment to recall all the times you've accessed Web information. How much do you recall now? And if you don't recall much now, what was the point of your spending so much time to track it down in the first place? Do you know why this phenomenon occurs? You might surmise, but let me lead you in the right direction.

Picture a sponge being applied to a puddle of liquid. That sponge, quickly and easily, soaks up and holds that liquid. The sponge, with the liquid, can then be moved to another location, and at any time, the liquid can be drawn out of it.

But now, what if we had an object that were identical to our sponge, and just as porous, only instead of being made of an absorbent material, it were made of wood? Sure, the liquid would permeate through our wooden "sponge", but it would not be retained, nor would it then be transferable to another place.

Most of us are more like that wooden sponge than the absorbent sponge.

Why have we been created more like a piece of wood than a sponge? Why are our brains seemingly going to waste?
https://www.supremelearning.com/bookexcerpts.html

Also President Garfield could reportedly write Latin and Greek simultaneously with both hands.
You must log in or register to reply here.

R
Am I actually a social four or am I accidentally mistyping myself for attention??

please type me in MBTI and enneagram