My mom sent me some bath salts with CBD in them. 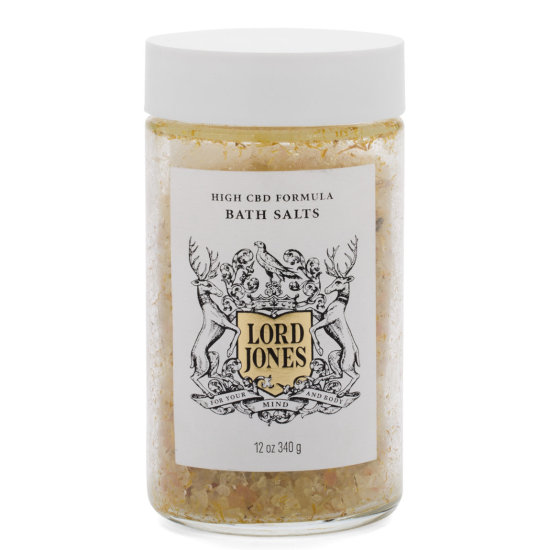 Not something I'm going to pay $65 for but I did sleep like a baby after that bath.
L

I wonder when the tipping point is going to be reached and people will get tired of poisoning themselves "for fun".
P

I used cbd oil when I was a teenager to deal with my mood swings, it used to work but ever since they got worse after adolescence, I had to switch to another medication for it because cbd oil didn't keep them much under control anymore
Nowdays I use it at night to treat insomnia and more rarely during the day when I feel particularly restless, and it works ok for me
I wouldn't really know the effect on physical pain, I know it reduces my headaches when I'm anxious but the headaches come from being tense, so I guess that by making me more relaxed it also eliminates the headaches? I know my father takes it for his physical problem (which is not a severe one btw) and he says it works for him

I started using a balm that's a mixture of THC, CBD and CBC on my knee. It's been working wonderfully. Plus it has mango butter which is very nice on my skin.

CBD isnâ€™t poisonâ€” it doesnâ€™t contain the psychoactive parts of the plant that people get â€˜highâ€™ with. Youâ€™re thinking of THC. CBD is well known for treating a host of medical issues with zero side effects & no change in mental status.

That said, THC isnâ€™t poison either, but it does induce relaxation/impaired ability to operate machinery, & the classic â€˜highâ€™ effect. I donâ€™t think teens should use it since their brains are still developing, but marijuana (with & without THC) actually has a lot of medical value. Iâ€™m not personally a fan of it for recreational purposes (it just makes me tired, how is that fun?), but when my first line migraine treatments have failed, marijuana actually kicked it, and stopped the endless nausea in its tracks. My migraines last for days on end & are debilitating. Marijuana is a well known, well-tolerated pain reliever. Had I gone to the ER for intractable migraine, theyâ€™d have given me fentanyl or some other opioid, which is a lot more dangerous (& never broke my migraines eitherâ€” just made me projectile vomit).

Itâ€™s also known to reduce the intraocular hypertension in glaucoma patients that leads to pain & vision loss. There are more conditions it can help, but I donâ€™t care to list them all.

Anything can be a poison I suppose, if you abuse it, but there are definite known benefits to the substance.
J

my mom who wasn't sure about it but was at the end of her rope tried CBD for fibromyalgia and she swears by it and says she's never had it so controlled in her life. she does edibles with actual thc for sleep. THis is a person who was like I don't like weed! now she's found a use for it and I'm happy for her.

has anyone tried the delta 8 thc? I did yesterday and I like it's a smoother high and less anxiety

Ive vaped it, both 250mg and 1000mg and noticed no difference in my mental or physical health.
K

[Type 1] The sad side of Type 1 and why most of 1s are probably mistyped as some other type.

Need help from the mods

H
Please help me type this significant other....