The only other thread I saw in here is jokey/about his type and the only poster was banned long ago (so all the posts are by a banned member), so... a fresh start?

Barnes & Noble just finished its annual Criterion 50% off sale. I wasn't going to buy the Bruce Lee five-pack they just put out early in the summer because it was over a hundred bucks, but here I was able to get five Lee films for only $60 -- basically revitalized transfers, with a lot of supplementary materials for each film -- so I grabbed it anyway. 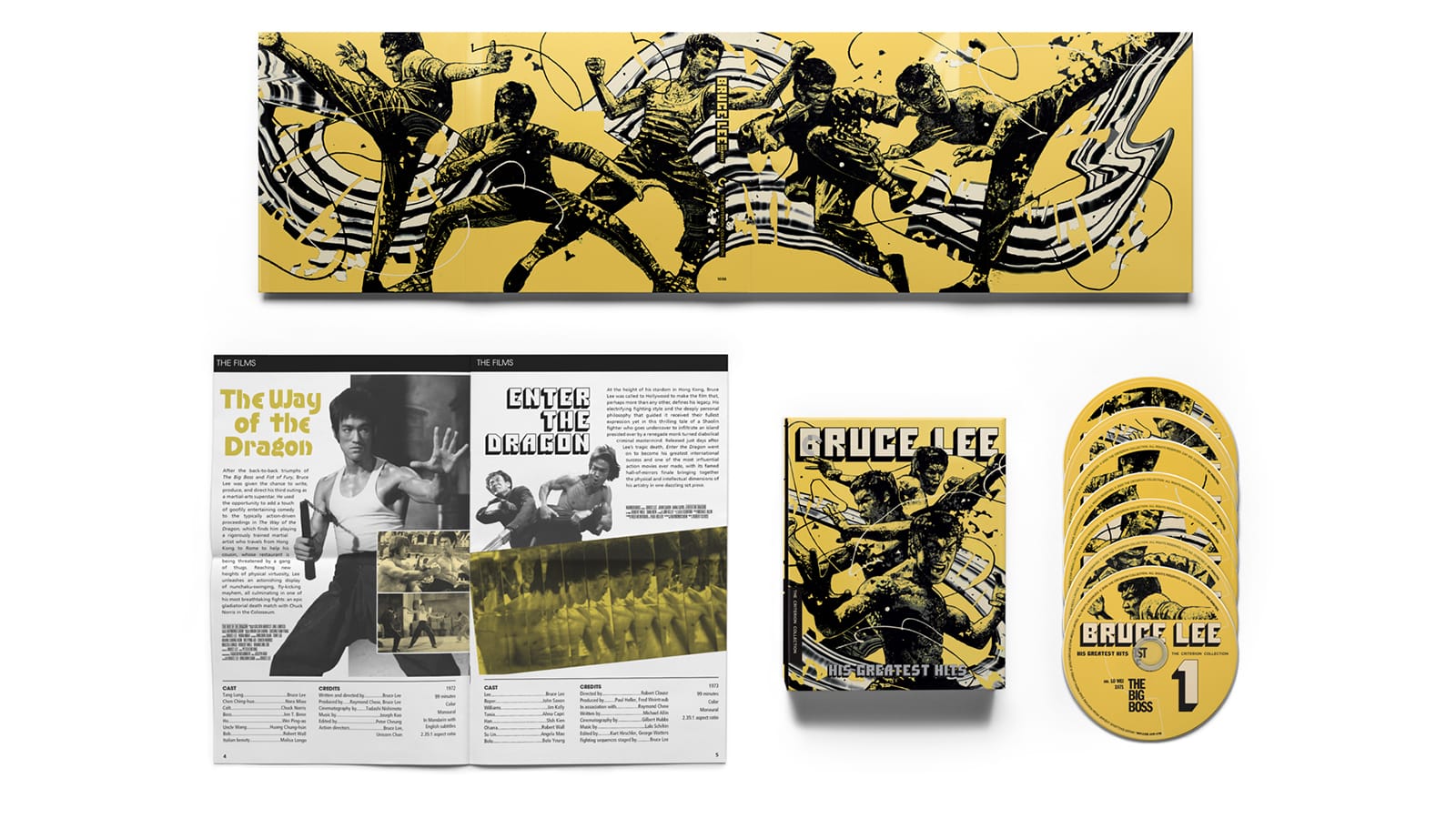 It's been some years since I've seen a Lee film (and the only one I really remember is Fist of Fury). I ended watching "Game of Death" (1978) first, although it's the last film made that was included on the five-pack ... and it is a dubious entry because it only includes Lee in the final sequence where he's advancing through the upper tiers of the restaurant to take out the film nemesis and has to fight through three opponents all masters of different styles. Apparently Lee films this material back in 1972 but never completed the film -- so this posthumous outing (some people called these films Brucesploitations films) basically creates a whole new film, incorporating that footage into its final third, and using doubles + cheap tricks (like camera angles, costuming, etc.) to avoid face shots as much as possible, to cloud that Lee is not in much of the film.

Despite that (and you might wonder why Criterion included it), it's a fascinating film despite it only being an "average" film in general, if not laughable in some respects. (Yes, there is a moment where the stunt double's face would appear in a mirror and THEY PASTE A PHOTOCOPY OF BRUCE'S FACE TO THE MIRROR TO MAKE IT LOOK LIKE BRUCE AS HE TALKS AND FILM THAT-- yes, that actually happens!!)... primarily because you get footage of people trying to emulate Bruce Lee + actual sequences with Bruce Lee in them, so you can compare in real time very easily. The camera tricks are hilarious by the way -- aside from the photocopy thing, the doubles' faces are typically away from the camera (over the shoulder or back shots), or the double is wearing a disguise and/or sunglasses to hide their features, and then the film will intersperse actual cuts of Bruce Lee's face in other films' closeups but you can tell it's not from the same shoot, and then back to the fake Lee. It also includes some actual footage from Lee's actual funeral, which is bothersome, as part of its plot sequence. I'm torn between viewing this as inventive versus just hackneyed and at times clueless, but it can also be amusing in a cheesy way.

[I also found it interesting because Hugh O' Brian stars. When I was in pre-college schooling, I was selected from my high school class to go to the Hugh O' Brian leadership seminar in my state, so we met in the state capitol for a few days to discuss the political workings of the USA and actually emulate what the reps do on the capitol floor (introducing bills, going through procedure, voting on said bills after discussion, etc.) I probably have a picture somewhere. I think O' Brian did show up momentarily but I can't recall at this point in my life. ]

Anyway, back to Lee.

"Game of Death" has a lot of flaws, the most obvious being a lack of Bruce Lee in much of the film, but it only makes the end more stunning when you actually see sequences with the real Lee and can compare to the rest of the film. People say "the camera favored him" but that feels like a huge understatement. The doubles might know their martial arts, and they are trying to emulate trademark Lee mannerisms and moves -- heaven knows I could never do that stuff -- but they are not Bruce Lee. There is no real snappiness to the energy in most respects, and they are not mesmerizing to watch. When Bruce shows up on camera, the energy of the film changes completely. Maybe some people ripped on Tarantino's version of Lee in OUaTiH last year, but you can see where he drew from, watching these sequences because Bruce could appear almost haughty in this performance as well as highly accomplished.


^ Semi-smirky look, although it's more prominent in other shots...

It's even more obvious when you watch the actual sequences Bruce filmed of himself for his original "Game of Death" film back in 1972 -- they are perfected for this Criterion release, with new overdubs, etc. -- which was cut to death for inclusion in the 1978 release. Those sequences are even more powerful, uncut, and make more sense in how they unfold. Honestly, as far as films go, watching the 1972 sequences are more exciting and feel more real than what was used in 1978, but basically you get a Lee who is physically amazing, totally confident in his abilities, and somewhat haughty/sardonic in his responses to his opponents and even friends. Sometimes his movements are so fast that my eyes can't keep up with them -- amazing synaptic reflexes on his part. But in any case, he's just mesmerizing to watch. He's riveting. He really is larger than life on the screen.

(There are also iconic moments from the film/sequences, including the yellow biker outfit that Kill Bill 1 played homage to understandably.)

I will probably watch Fist of Fury next, but the Criterion package includes three other films as well -- The Big Boss, The Way of the Dragon, and Enter the Dragon.
T

Way of the Dragon ("return of the dragon") was my personal favorite of those three...fight wise he is at his best in Game of Death because he had total control over the choreography

Tomb1 said:
Way of the Dragon ("return of the dragon") was my personal favorite of those three...fight wise he is at his best in Game of Death because he had total control over the choreography
Click to expand...

Well, in the parts he was in. He only got to shoot the three fight sequences, but 75-80% of the 1978 release is posthumous and not up to Bruce quality, and their editing down of the scenes he actually shot makes them less interesting than what he actually shot.

Looking forward to watching Enter the Dragon and Way of the Dragon when I have some time open up....

Bruce Lee was a cool dude. A lot of the supposed martial arts film star guys who came later like Seagal were just poseurs who like to look and sound badass but don't have the cred to back their talk.

I think what amazes me is what I see him react to something physically SO quickly that I can barely even see him move. My eye just can't track him. His synaptic reflexes were incredible.

Just a semi non-sequitur, John Barry scored Game of Death, and it's a pretty good score. I wouldn't rank it as one of Barry's best, but even his "lesser" scores are usually really good and memorable. It kinda sounds like a Bond movie score.

Love Bruce Lee's collective filmography. Enter the Dragon, especially, holds a special nostalgic place in my heart. I love how despite a lot of the glaring imperfections when English-dubbing the non-English speaking actors, they're still such an absolute delight to watch. A certain vintage charm to them in retrospect. I also believe The Big Boss is one of his more underrated movies. The fight scenes in that one are less flashy and more gritty (given the setting of the movie in a working-class household and ice factory), which is why I think it gets obscured by others like The Way of the Dragon and Enter The Dragon.

It's also hard for someone of my size (6'3", 240 lbs.) to conceive of moving and striking with the speed and agility Bruce Lee does.

What was the worst finale to a legendary film trilogy?

What is a Projection?